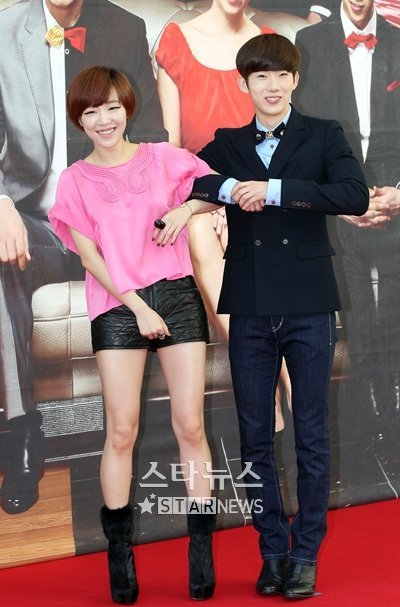 END_OF_DOCUMENT_TOKEN_TO_BE_REPLACED

Jo Kwon and Ga-in kiss on We Got Married 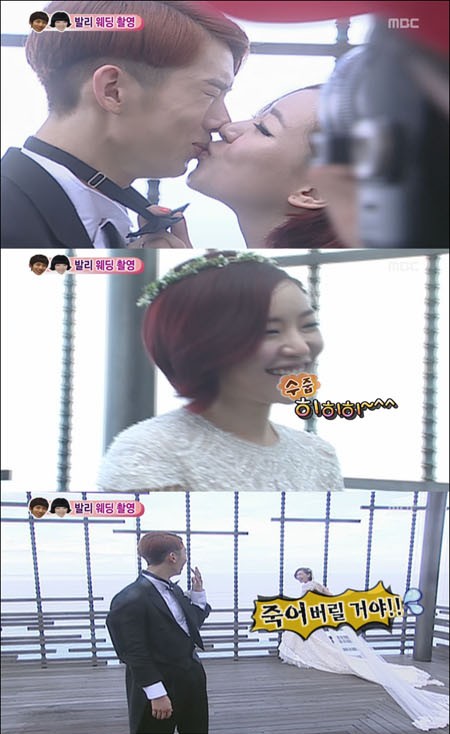 The first kiss between 2AM’s Jo Kwon and Brown Eyed Girls’ Ga-in was just broadcast and it has shocked many viewers.

On the August 21st broadcast of MBC’s We Got Married, Jo Kwon and Ga-in had their imaginary wedding. At the end of the shoot, they asked the photographer to take a commemorative photo of couple to put in their home.

The photo they took had the concept of ’One second before a kiss’. Since Jo Kwon was unable to come close enough to Ga-in, Ga-in took the initiative and made the move, and she actually went ahead and kissed Jo Kwon.

Jo Kwon was completely taken off-guard in the moment, but in a later interview, he said,

“I think Ga-in did it because I couldn’t. I’m happy… But I’m sad that my shocked expression was shown so clearly.“

Check out the couple’s first kiss below!

With rumors of of the Jo Kwon GaIn couple leaving the show continuing to surround the show, MBC WGM’s producers have made their point clear that no such thing will take place.

END_OF_DOCUMENT_TOKEN_TO_BE_REPLACED

Jo Kwon and Ga-In are not leaving We Got Married