As SM Entertainment has announced, F(x) will releases an official teaser video through SM Entertainment’s YouTube channel on tomorrow, April 15th and their album with titled “Pinocchio” will be released officially on the April 20th.

Check out the Individual teasers photo! (just click for the bigger picture) 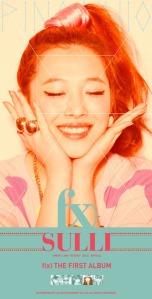 Credit : SM Entertainment
Re-upload by Redtofu via Blueterritory
TAKE OUT WITH FULL CREDITS

This entry was posted on April 14, 2011 by redtofu. It was filed under Comeback, Girl Band, Images and was tagged with f(x).