Super Junior and TVXQ make their mark on Twitter’s 2010 results! 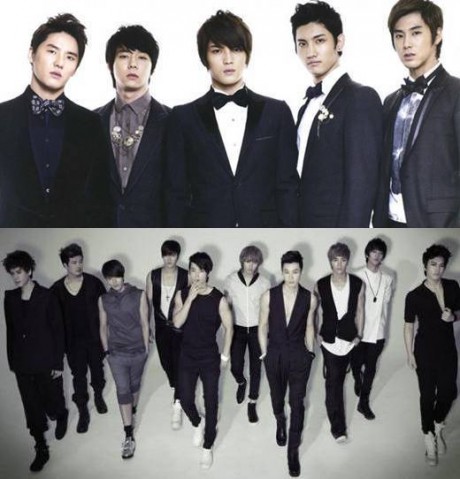 2010 marked a boom in the Twitterverse statistics, as more and more celebrities began to use the social networking platform to reach out to their fans. Consequently, fan interaction bumped up another level – celebrities could update quickly on news (whether personal or work-related), or give small presents in the form of numerous selcas.

As the year draws to a close, Twitter revealed their end-of-the-year report on the top Twitter topics and trends of 2010.

What’s next is quite astonishing: 10% of the music-related tweets involved Korea’s popular idol group Super Junior, while 2% were of TVXQ. Mashable’s report stated: “Interestingly, music beats out TV in the entertainment vertical, thanks no doubt to the awesome power of Twitter’s boy king himself, Justin Bieber. His only Twitter trend rival, the unstoppable Korean pop group Super Junior, raked in 10% of the music-related trends, falling short of Bieber’s 27%.”

Super Junior also made their mark on WhatTheTrend, which calculated the ‘Top Twitter Trends of 2010‘. The “Bonamana” singers landed in the 12th spot, and were the only K-pop related topics on the list.

It just goes to show that Twitter is becoming the best way for Korean celebrities to keep in touch with their fans, and vice versa.  A huge round of applause for Super Junior and their ELFs, as well as TVXQ and their Cassies, for indirectly promoting K-pop through their tweets!

Source + Photos: Mashable & What The Trend

This entry was posted on December 23, 2010 by citrinetopaz. It was filed under Boy Band, News, Poll and was tagged with Super Junior, TVXQ.