SHINee Comeback. Is it another RUMOUR? 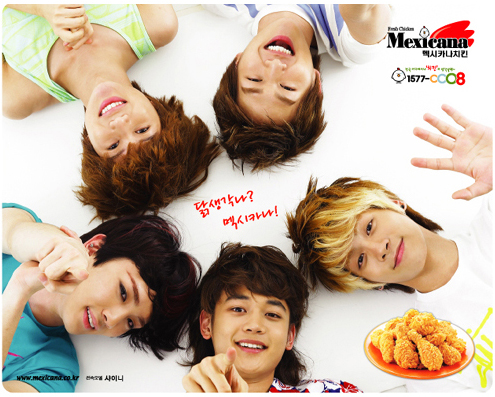 Found this all over SHINee Fansites. Was wondering who to trust now. huhuhu

Lets just pray togther and hope that the news regarding SHINee teaser release today is true. 🙂

“Just to clear things up as a lot of people are starting to mistaken.

SMEnt has never released any official statements in regards to SHINee’s Comeback at all.

The only official signs they have ever released is the changes in SHINee’s hair, and the me2day updates of SHINee, some going “Please wait a little longer!”

However, we have sources in regards to SHINee’s comeback, and that no statement was made to say that it’s false either.

We don’t have confirmed info. but

2. LowHighWhite (HaSaengBak, SHINee’s stylist) tweeted during this period about being in the album shoot of a certain idol.

All these are not confirmed, but they’re leads.

Here are the types of Teasers.

Where they’ll shut SHINee’s official web down (shinee.smtown.com) and put only a pic/ background up.

The picture will only be a background or a hint to the theme of the album, no SHINee member will be up there at all.

And it will have the name of the Album.

They’ll usually put this after the Album Cover teaser, as links on top of the album cover.

They’ll release the pictures of each SHINee member one by one with their new hair styles and clothes.

They’ll release short versions of every song in the Album track, letting everyone have a feel of how the song should be. Usually the whole album track and album name will be released with it.

They’ll release a edited short version of the already done MV. (Which includes their hair, clothes, style, song everything.)

Please think rationally, would it even be, a MV Teaser?

There has never been a single Korean Idol / Idol group out there that has released a MV Teaser before even releasing the Album name, name of title track, much less the newly styled hairstyle of the Idol.

However if there is indeed a teaser released on the 6th of July (Regardless of which ever type), it practically confirms this rumor schedule, as its our only source as of right now to their comeback.”

This entry was posted on July 6, 2010 by hjlufaa. It was filed under Boy Band and was tagged with SHINee.