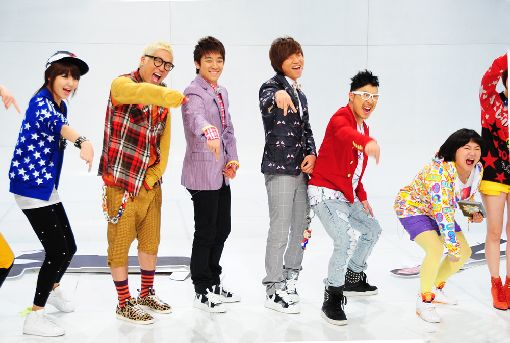 2AM’s JoKwon revealed that he has a close relationship not only with Gain, but also with Yoona.

JoKwon of 2AM who’s doing well right now revealed some text messages that he received from Yoona on a SBS Program ‘HahaMongShow’ that will broadcast on May 1st.

When the MCs were cleaning JoKwon’s room in the dorm, they discovered not only Yoona’s message, but also from Wonder Girl’s Sohee and T-ara’s Hyomin. They found some evidence of the girl groups’ member.

Especially on Yoona’s message, “my whole body aches~”. Then Haha & MC Mong interrogated Jo Kwon. His face turned red. He ran away with some excuse like saying that it’s after they film Family Outing 2.

And today when he was filming the corner ‘Mother’s Favor’, suddenly he shed tears. The corner is where Haha & MC Mong become the mothers of the idols for a day.When they’re talking about some related things to mother, he shared some stories and memories about his childhood.Then he remembered his mother and shed tears.
taken from Daily K Pop News

This entry was posted on April 30, 2010 by redtofu. It was filed under News, Uncategorized and was tagged with 2am, Hyomin, jokwon, NEWS, SoHee, t-ara, Wonder Girls, yoona.